Here is a new update for Virtual Lab by Quantum Flytrap, which involves major user interface changes and new features. 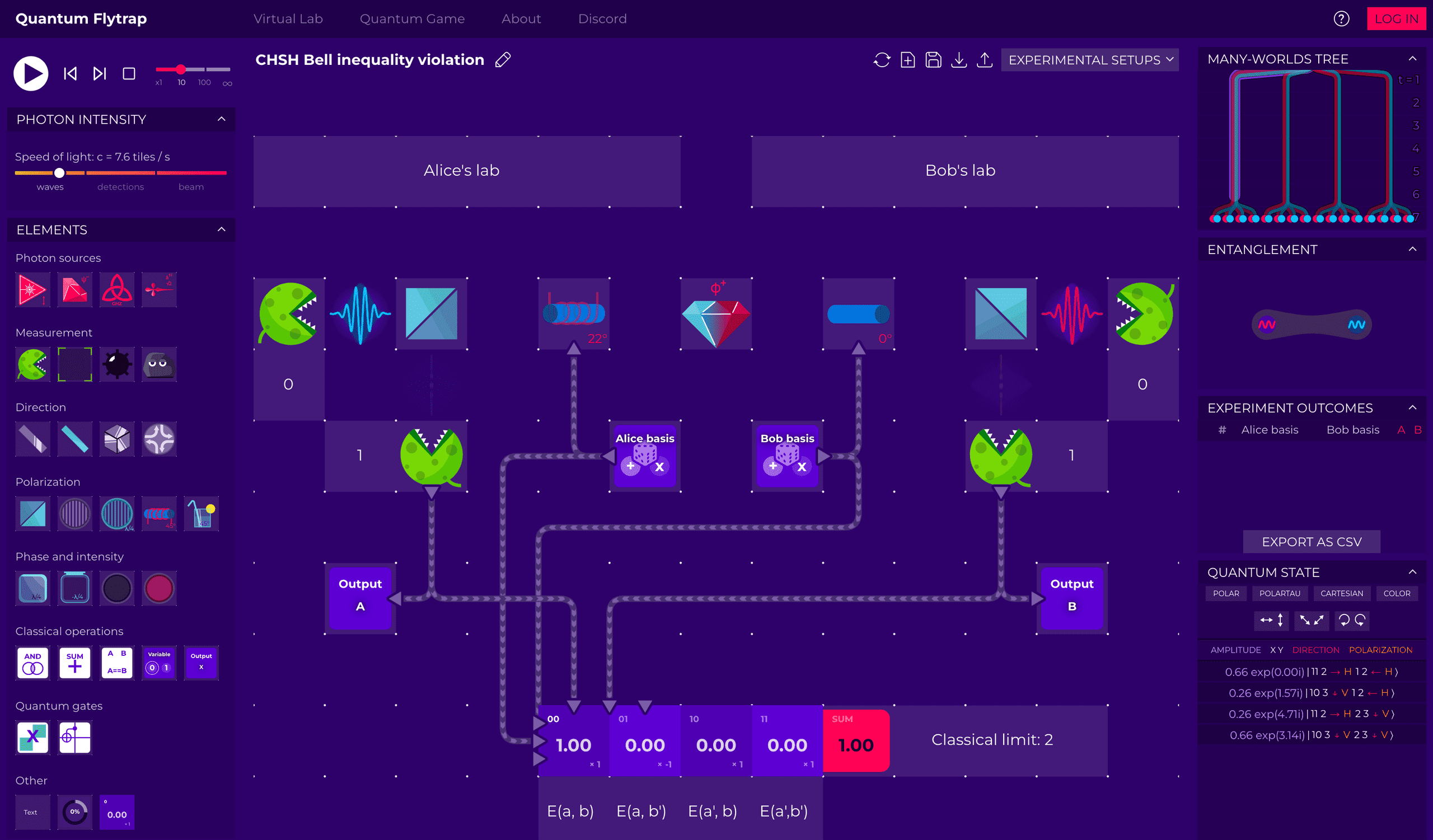 We redesigned the main view - from the overall layout to quite a few improvements. Now the sidebars are collapsible - giving you control over what you want to focus on in a given experiment. Now you can: 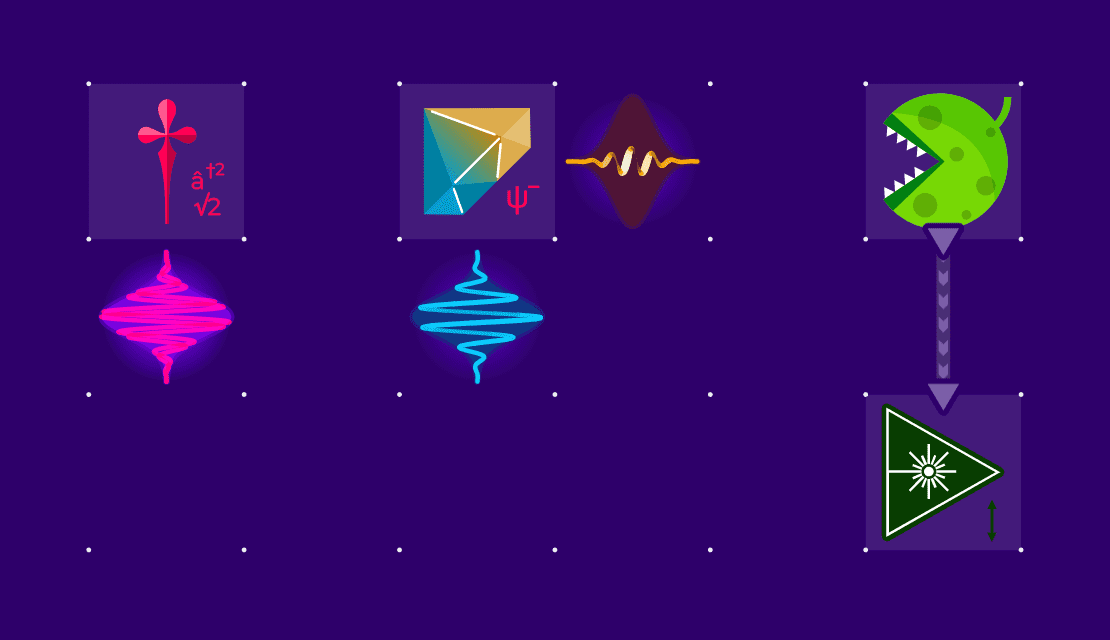 Finally, we can use the bosonic properties of photons! In particular, now it is possible to simulate a landmark experiment - the Hong-Ou-Mandel two-photon interference. We added as well the bosonic creation operator, a fundamental element of quantum optics and quantum field theory. Additionally, we can switch lasers depending on measurements.

We changed how element descriptions work. Instead of a separate page, it is now all as an on-board popup. So now, with the right click, you can not only edit element properties but also: 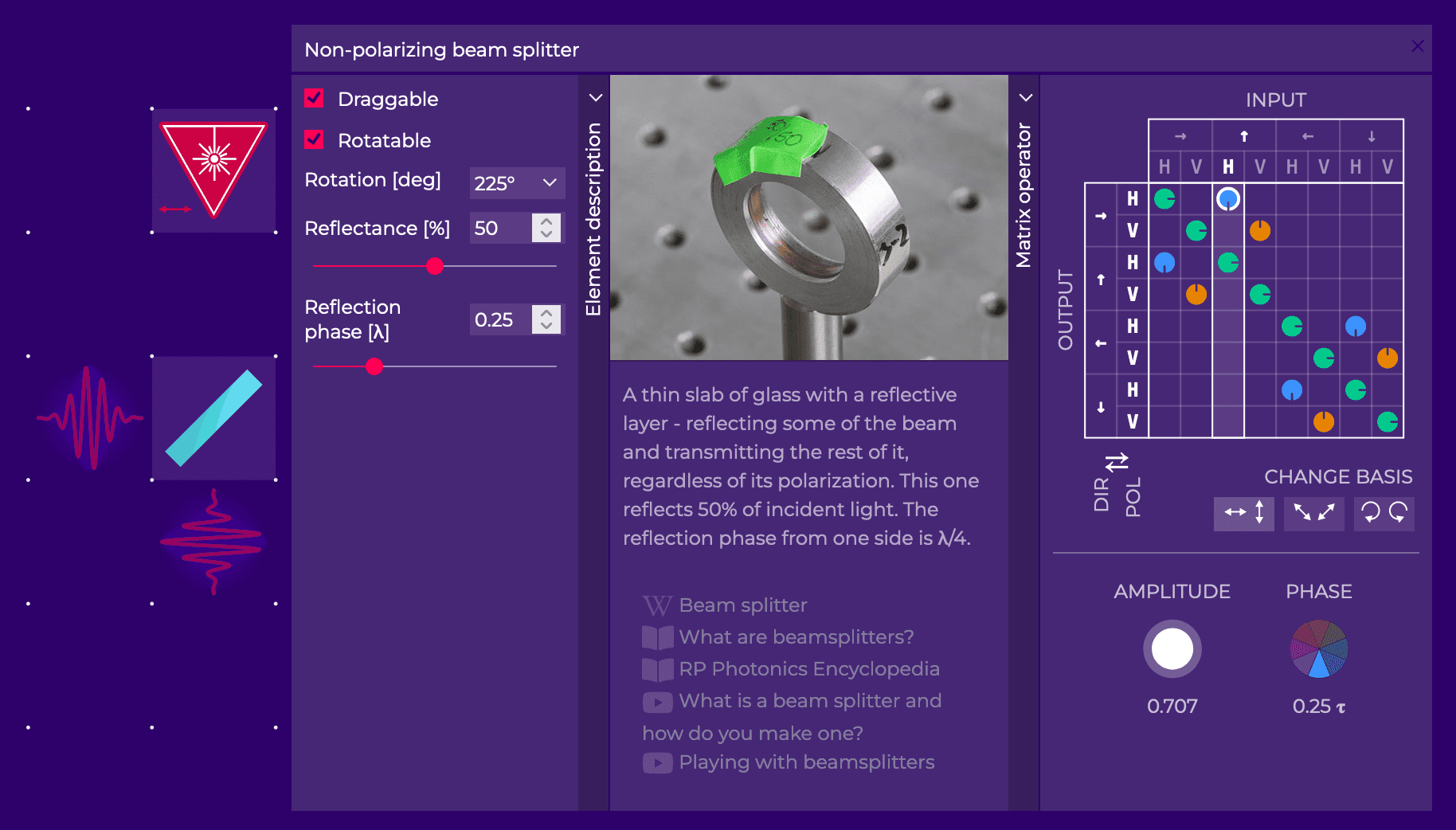 Moreover - this year the Nobel Prize in Physics was awarded to Alain Aspect, John F. Clauser, and Anton Zeilinger - for "experiments with entangled photons, establishing the violation of Bell inequalities, and pioneering quantum information science". Within Virtual Lab, you can:

As you may already know, we published a paper, Visualizing quantum mechanics in an interactive simulation - Virtual Lab by Quantum Flytrap, Optical Engineering 61(8), 081808 (2022).

While we are closing Quantum Flytrap as a company, we are committed to keeping Virtual Lab free, up and running. We love it as much as you do! :)